Why use Paperclip Press?

Friends of Pendale House Press and David Mercaldo: We are saddened to inform David's friends and followers that he passed away peacefully on January 9, 2021 in the presence of his family and entered into the presence of God. Arrangements are pending. We miss you, friend, husband, and father.

Please take a few minutes to review some of our projects.

Maryland's Charles Town 1742 and Beyond

When the author was twelve years old, his father took my brother and me on a weekend hunting trip to Elliott’s Island, Maryland. His dad was not a hunter, but many of his friends were. He says, "I will never forget the proprietor of what was later named the Mertle Gray Gunning Club, Sam Kenney, telling us that whatever we shot, we ate. That being said, Pete Malloy cooked us muskrat and wild duck for dinner that evening. The older gentlemen were kind enough to take us duck hunting that season; it was then that I first placed my hands on a decoy. I remember thinking that there was something special about that object, and that feeling never left me."

"I do not consider this book to be, by any means, an academic work, nor do I consider it to be a “decoy book.” Rather, it is my attempt to simply introduce this little town to those who might care, and provoke an argument with our neighbors in Harford County, as to where the first decoy capital of the world was located."

Love Letters from the Front 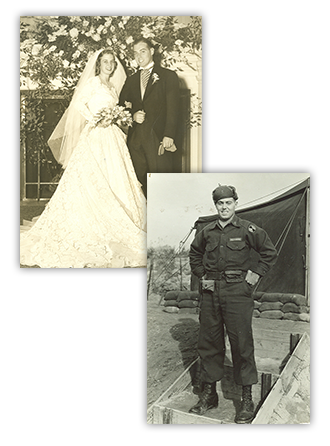 William R. MacIlvaine, a young Lt. during the Korean war, wrote an extraordinary trove of love letters to his wife while serving in Korea. The letters chronicle his transition from a young, inexperienced officer to a mature leader in this nearly forgotten conflict. He tells his story through a remarkable set of letters, each of which is a story unto itself. The letters are sealed with a running narrative that provides the context of the letters and a sense of the reallities of war and the circumstances of his experiences. 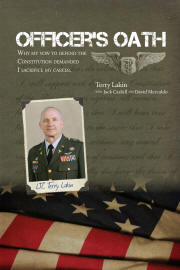 Jack Cashill, author of numerous books, offered to assist Terry Lakin in telling his story. You can read more about Jack at his website (www.cashill.com). In addition, David Mercaldo, a New York–based author, interviewed supporters of Terry and wrote their vignettes. You can learn more about David at his website (http://www.davidmercaldo.com). You can read about Terry's story at http://www.terrylakin.com .

Our Mission Statement: To enable out-of-school organizations, especially those focused on the underserved, to deliver fun, hands-on STEM education activities to grow the number of students entering technical career pathways. 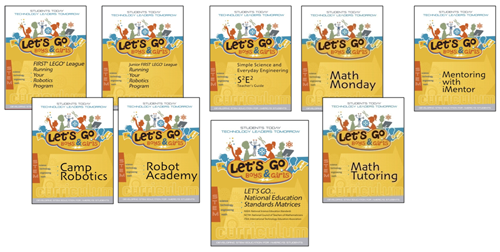 How to Cut America's Divorce Rate in Half: A Strategy Every State Should Adopt 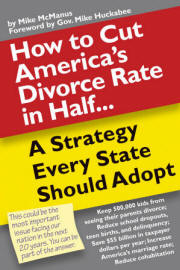 The purpose of writing this book is to provide the evidence needed to spark reform of state No Fault Divorce laws which always grant a divorce requested by one spouse. The current law in 49 states allows one spouse to file for a divorce on grounds of “irreconcilable differences,” and obtain the divorce in every case. What’s wrong with that? In 80% of the cases their spouses believe the marriage is reconcilable. The uniform granting of every divorce violates Constitutional guarantees of “due process of law.” How can there be due process if the spouse who wants to save the marriage always loses? That is unjust as well as unconstitutional. 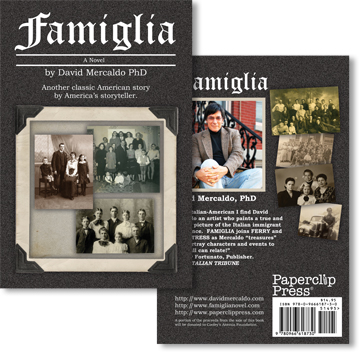 I remember when I was a kid I found a stack of photos in a dresser drawer that were held together by a red rubber band. They were old and frail, and when I began to look at them I started on a journey. While I didn’t recognize all of the people in the photos, somehow I knew the personalities and places were part of my life. At the top of the pack were three of my older cousins, when they were much younger, sitting on a “stoop” in front of a brownstone in the city. Another was one of my mother and her sisters posing with my grandmother (Grandma was in the middle wearing an apron). As I flipped through the photos I saw my uncles in their military uniforms and my aunts waving goodbye to them at the Brooklyn Navy yard. There was a picture of my grandfather riding on a horse cart. It looked like it was taken when he lived in the old country. Then there was a picture of my Dad. His foot was up on the running board of a 1932 Chevy roadster. (That’s what it said on the back of the picture). One by one, I shuffled through those black-and-white glossies, and when I placed them back in the drawer I had had such an overwhelming feeling that I had a special heritage, and was part of a great big, wonderful family.

The word for family in Italian is “famiglia.” But in any language, no matter how you write or say it, you get the same feeling…that you have a past and because of it…you have a future. So this book is really a collection of snapshots and stories about our past! I penned FAMIGLIA to give you a window into the past…to bring you back to the “old neighborhood.” Take your time as you stroll up and down those streets. Stay as long as you like and enjoy the memories. Life goes by pretty fast and that’s why it’s so important to cherish each moment.

"Make it a point to write some of your book in longhand. It makes record your mistakes and corrections and your path to a perfect sentence."